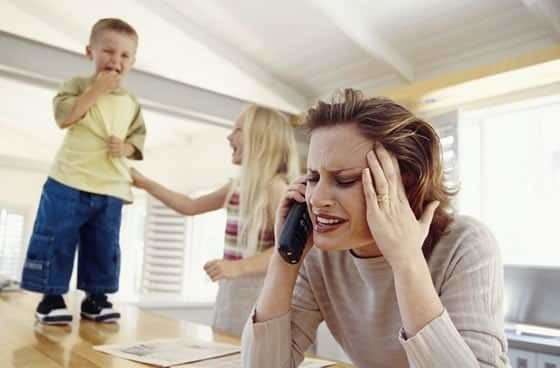 Parenting after your divorce can undoubtedly be stressful. There are changes that you’ve never dreamed you’d ever have to deal with but now you are expected to deal with them one by one. Life after divorce without kids is difficult enough but the adjustments you’d have to face when you have kids is even worse. You will have to help the kids cope with the changes while fighting to cope yourself.

Your rights, duties, and responsibilities will undergo a massive change. It’s natural for a parent to be somewhat afraid and worried about what life may hold after your divorce. Parenting after your divorce requires a lot of courage, determination, and patience. It will also require you to cooperate with your ex-spouse even when you don’t want to face him or her ever again.

Basically, parenting after your divorce requires you to deal with conservatorship, child support, adjusting to the changes in your rights and duties as parents, and dealing with your child’s school. There’s a possibility that your child will have to change schools or deal with the changes while staying at the same school. There’s also a chance that you will have to deal with CPS if you’re not careful, which is a total nightmare for any parent after the divorce. As if you don’t already have enough on your plate!
In this article, we will give you a comprehensive guide to all these issues you will have to deal with in your parenting after your divorce.

Unfortunately, full custody does not happen in Texas. Instead, in most cases, the court will award each parent with equal conservatorship rights and they will have no choice but to work around their ill feelings and differences in order to successfully carry out shared parenting.

This is basically where most of the changes related to parenting will begin. The rights and duties for each parent will change, and the geographical location of the child’s school could also change due to who among the parents gets awarded the primary residence of the child.

Even holidays and summer vacations will never be the same again because the holidays will have to be divided between parents and they can spend specific holidays alternately each year after the divorce.

Even the days of the week will have to be divided among the parents. For instance, one parent (the one who is not awarded the primary residence in the conservatorship arrangement) will have to spend the weekends and one weeknight with the kids and they will be with the other parent the rest of the time.

That is conservatorship and parenting after your divorce is – in a nutshell. For more information, check out Conservatorship in Texas.

Sometimes, despite orders from the court, the child support amount and arrangement can be a source of conflict between the two parents. Child support is decided using the guidelines set by the Texas Family Code and certain factors.

The judge usually studies the various factors (such as financial factors and special needs of the child) carefully before making a decision. In most cases, though equal conservatorship is awarded to the parents, one would still have to pay child support while the other will be left to manage the finances of the child according to his or her needs.

The amount of child support that needs to be paid by one parent is not actually fixed. There is of course a specific amount that is written in the final divorce decree, but there is a possibility for it to be changed.

The length of support is usually until the child turns 18 but that can also change under certain circumstances. For more information, check out Child Support Guidelines in Texas.

3. Changes in Parental Rights and Duties

One of the changes in parenting after your divorce that you will surely be difficult to adjust to is your new rights and duties. When you were still together, you made decisions, fulfilled your duties and enjoyed your rights to your children as one.

Now that the divorce is over, you need to live separate lives and that separation unfortunately applies to your decision-making, your duties, and your rights to your children. You will have to make independent decisions at times, and there are times when some decisions will have to be made together.

Independent and joint decision-making usually depends on your agreement with the other parent. Most times, when the parents go on their separate ways amicably, they agree on allowing each other to make independent decisions.

This means that any parent could make changes to the child’s school and health stuff without informing the other parent. In cases when parents agree to have joint decisions in all areas, they will have to consult each other at all times prior to making a decision regarding the child.

In rare cases, a parent could be given exclusive rights to the child. This is the worst-case scenario for the other parent. He or she will have absolutely no say in making decisions for the child. For more information, check out Rights and Duties of Texas Parents.

4. Dealing with Your Child’s School

We have previously posted several articles regarding this. One of the most challenging things to deal with when it comes to parenting after your divorce is your child’s school.

After your divorce, your child could feel that everything is chaotic and unfamiliar. In the end you will have to make decisions regarding the school according to your child’s best interest.

To help you decide whether you should uproot your child or not from the current school, check out Changing Your Child’s School After Your Divorce. If your divorce was finalized over the course of the summer, it can be more difficult to deal with the new school year.

The main thing here is to make sure that the communication line between you and your ex is kept open. It might sound difficult but doing this will help you manage doctor’s appointments, extracurricular activities and schoolwork.

It will help in keeping both sides updated to avoid missed projects and undone homework and reports. You will also have to plan and organize everything related to your child’s schoolwork in advance so that your child’s grades won’t have to suffer. For more details, read more on Dealing With A New School Year After Your Divorce.

This is a nagging fear that a lot of post-divorce parents go through. Child Protection Services could take possession of your child if you’re not paying attention closely enough.

If your ex is especially bitter, he or she could even make false reports to CPS saying that you are neglecting or abusing your child. It can definitely go downhill from there, but you can do something about it when you actually know what to do.

There will be investigations and some court hearings. Check out our article to know more about how to deal with CPS (just in case).

There is no doubt that parenting after a divorce in Texas is challenging, with the potential to be difficult. You need to gather all your strength to get through the first few holidays after the divorce, the school stuff and the constant moving of your child from your home to your co-parent’s home.

It is important to strike a harmonious co-parenting relationship with your ex-spouse as much as possible in order for you both to successfully deal with parenting after your divorce.