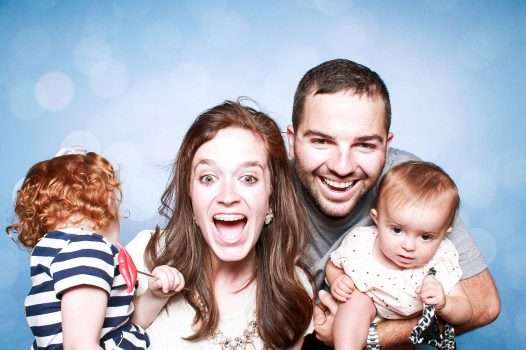 I. What is Adoption

Adoption is when a person legally takes on the rights and obligations of being a parent to a child that is not his or her biological child. This means that those rights that originally belonged to the biological parents will be legally transferred to another person who is unrelated to the child. The natural parents of the child cannot just take back their already adopted child. Adoption is permanent in nature.

For married couples, if one spouse pursues an adoption, the rights and duties of raising the adopted child will also be transferred to the other spouse.

As for the rights of the adopted child, he or she has equal rights to that of the legitimate child of the adopters, should they have any.

Once you become a parent, you will have the responsibility to care for the child and make decisions for his or her best interests, just like any other biological parent. You will also have rights over the person of the child such as the custody of the child.

Texas allows for adoption. There are a couple of legal formalities to go through. The reason for this is because an adoptive relationship is permanent in nature. There are certain laws and regulations which set apart the adoption process in Texas from that of other states. A few steps may slightly vary among agencies but the overall process still remains the same.

If you want to adopt, it is important to consult with a lawyer and be aware of every step of the process so you make no mistakes that could later become an issue.

III. Who May Adopt

Any adult who is responsible enough has the capability to adopt a child under laws of the state of Texas.

Marriage or being married is not a requirement for a person who seeks to adopt. A single and unmarried person can become an adoptive parent. However, if the adoptive parent is married, his or her spouse is required to be a party in the adoption petition. Legal proof of marriage or divorce should then be submitted to the state authorities.

Maturity of the adoptive parent is also a significant factor in determining whether or not the applicant is capable of providing for a child’s short-term and long-term needs.

As for same-sex couples who usually do not have a common child or a child of their own before they entered into marriage with each other, adoption is the common course of action.

Today, under the revised rules of procedure, same-sex couples can now adopt jointly provided that they are married with each other. The process is now simpler.

IV. Who May be Adopted

Anyone whose parents’ parental rights and authority have been terminated may be adopted in Texas. The adopted can be a baby, a child, or even an adult.

A baby may be adopted after 48 hours from birth provided that the mother voluntarily gave up her rights and gave consent to the adoption signed by two witnesses under oath as attested by a person vested with authority to take oaths.

Again, a mother can only give consent 48 hours from birth. Fathers, on the other hand, may give their consent to the adoption at any point before the child is born.

Those who are 12 years and above may be adopted but they must give their consent.

Even adults can be adopted. Their consent is also required. Whenever consent is necessary, it must be in written form.

After all the requirements have been met, a court hearing shall be set. The court might waive court attendance if good cause can be shown.

V. Rights of an Adopted Child

Under the Texas Probate Code, when a child is adopted legally or formally, he or she is treated as if he or she is the natural-born child of the adoptive parents.

VI. How to Adopt in Texas

If one is interested in adoption, the first step is to go and find an information meeting sponsored and organized by the Texas Department of Family and Protective Services (DFPS). These meetings and trainings happen throughout the year, free of charge, in the Dallas and Houston areas. A DFPS staff member can provide basic information on the adoption process. You can also ask a lawyer on what to do,

After accomplishing some of the basic requirements, you can arrange a meeting with a DFPS staff who will begin the assessment of the fitness for adoption of your family.

The adoptive parent must undergo trainings which last for several hours with an organization known as the Parent Resource Information Development Education (PRIDE). PRIDE conducts training for both adoptive families and the prospective foster.

An adoption caseworker will be required to make a report on your home and your fitness as a parent. There are many options for you to proceed once you have been approved as an adoptive parent.

First, you can submit your interest regarding a child or sibling group after you review the Texas Foster Care and Adoption Information. You can do so by using the inquiry form that you can find on the profile page of each child.

You can also express your interest by sending an email to the Texas Adoption Resource Exchange with the name of the child that you want to adopt and their identification number.

Adoption costs should be considered when adopting a child. You must be financially prepared. After all, becoming a parent means being ready to support the needs of the child while still keeping with the means of the family. There are a lot of preparations you’d have to go through if you are planning to adopt a child in Texas.

Adoption can take a long time. The process alone will cost you.

If you hire an attorney to help you with the process, it can certainly make the adoption process smoother, but it can cost you a little bit more in terms of child adoption costs.

DFPS also provides assistance to those who are looking to adopt an older child. In such cases, DFPS can offer up to $1500 assistance for your child adoption costs. There is also monthly support available from the state once the adoption is complete. There are conditions associated with this DFPS support, however, such as the child being no older than 6 years old.

Adopting an infant domestically can be more expensive compared to adopting an older child. Such adoptions are usually done privately, with the assistance of an attorney and an agency who will find a mother who wants to make her child available for adoption.

If you are adopting a child from a mother who has not given birth yet, you will have to pay the medical bills until the child is born. You will also have to pay the employees of the agency who will facilitate the adoption, as well as the counselors who will help you and the biological mother before and after the adoption, is finalized.