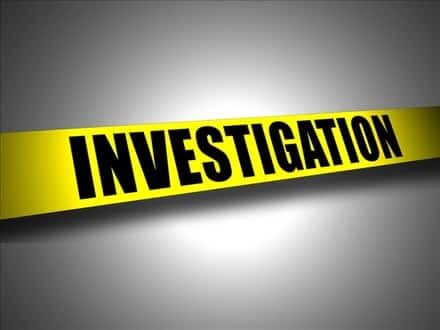 Occasionally I will get a call from someone who either is in the early stages of a CPS investigation, or is concerned that a report may have been made, about how to avoid CPS involvement. Sometimes, this is a fairly complicated question, but there are definitely some things that can increase your likelihood of being involved with CPS.

The first important thing to note is that CPS gets involved based on referrals made by third parties, and many of these referrals are effectively mandatory even if the person referring you doesn’t really think there is anything going on. Injuries to children can often trigger a referral to CPS even if the cause of the injury was something completely benign if the injury itself has signs of being indicative of abuse. Likewise, statements made by children indicating abuse will almost certainly trigger a referral by any school or daycare personnel who hears it, even if they don’t believe it is the case. For the most part, any agency involved with taking care of children likely will take (and should take) a broad view on what things should be reported and leave it up to CPS to figure things out after that. For reference, here are the sources of referrals from the DFPS 2013 fiscal year data book:

Note: A report of abuse/neglect may come from multiple sources.

Unsurprisingly, the majority of these referrals come from sources that happen to be around your children. The best thing you can do is make sure to communicate with all these types of personnel, especially if there are physical marks on your child and they are asking questions. It is easy to simply answer “That’s none of your business”, but doing so will almost certainly trigger a phone call on their part that may otherwise have been avoided by simply explaining the circumstances of the injury. However, If you are unsure whether the circumstances would constitute abuse or neglect, do NOT go on a sharing spree where you tell everyone in great detail the creative new discipline technique you came up with. At that point, you are better off simply talking to an attorney.

So, now you either know or suspect that someone may have made a CPS referral on you, what now? First of all, don’t panic! Not every referral warrants the same response, and depending on the circumstances, your referral may not even make it to the investigation stage. Even if your case does warrant an investigator being assigned, it doesn’t mean that there will be any finding that abuse or neglect happened either. In fact, statistically, the vast majority of referrals are NOT found to be confirmed, or, “reason to believe,” that abuse or neglect occurred. Bear with me for a minute as I go over some statistics with you from 2013 (all of this comes from the DFPS 2013 fiscal year data book, which is a great read if you like tons of numbers):

5. This means that only 3% of intakes ended up in a child being removed

As you can see from these numbers, statistics are on your side here. That said, don’t take things lightly! One of the best things you can do is make sure your house is CLEAN and appropriate for children. First impressions are everything when an investigator has limited time to do their investigations, and if you make an impression of being a safe and responsible parent, it will positively color their view of you as they interview everyone. One thing NOT to do is attempt to coach your children to say or not say certain things. This DOES NOT WORK! CPS investigators are very good at determining whether a child has been coached or not, and children are notoriously poor liars. All this will do is make the investigator certain that something did take place, regardless of whether it did or not. Be courteous with the investigator, even when you feel they are trying to get a rise out of you, because THEY PROBABLY ARE. For all intents and purposes, a CPS investigator is not much different from a police investigator. Their job is to find and obtain evidence that abuse or neglect took place, and if they can’t, they move on. While you should certainly be polite to them, do NOT let them fool you into believing they are on “your side”, because they aren’t. Do not say things that are incriminating, do not treat them as a therapist, and do not sign anything you haven’t gone over with an attorney. Just take a deep breath, keep your emotions in check, and hopefully the investigator will find that there is no risk in the home. Make sure to check your mail in the next few months following the investigation so that you have the paperwork stating the “disposition” of the case as well, as even if CPS doesn’t get involved, a negative disposition can have effects for the rest of your life potentially.

One final note: Don’t attempt to go through all of this alone. Many people feel understandably embarrassed about being involved with CPS and hide it from everyone, even their family. Even an investigation can cause HUGE amounts of stress for a parent, as there is nothing more traumatic than the risk of losing one’s child. If you don’t feel comfortable confiding in your family, or perhaps your family are the ones who made the referral, then please talk to a therapist, an attorney, or any other confidential source to help diffuse some of the burden. Someone who can look at the situation from an external perspective can provide some much needed peace of mind in times of stress.