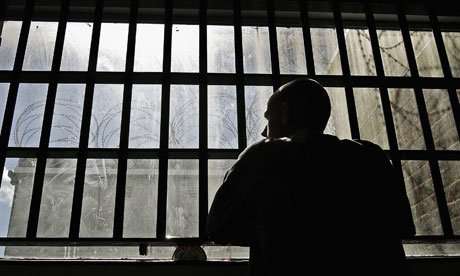 A friend of mine asked me the other day which type of cases I found most emotionally draining. I had to think about it for a minute, but I eventually came to the conclusion that while termination cases can be heart wrenching at times, and divorces can be full of drama, it was my experiences in IV-D (Child support) court trying to defend against enforcement actions that often were the most DIFFICULT for me emotionally.

The reason for this is twofold:

First, there is the lack of defense. Believe it or not, I chose to be a lawyer because I want to help people with their problems, and finding defenses for clients defending against the state in child support actions basically amounts to begging for leniency most of the time. That is not to say that it isn’t successful, but the best defenses are somewhat based around the idea that sending people to jail rarely gathers more money, so therefore its best to leave people in the free so that they can work. The actual statutory defense of “inability to pay”, which is the actual reason 99 percent of people aren’t paying, is virtually impossible to prove as an affirmative defense almost to the point to render it useless. It gets depressing to hear homeless clients grilled on the stand about where they find money to feed themselves.

Then, there is internal frustration of dealing with the reality of modern day debtor’s prisons. The logic for putting people in jail for these actions is not technically that they owe money, its that they are in “contempt of court”, ie willfully thumbing their noses at the court’s order. This absolutely DOES apply to a certain percentage of the cases, but in my experience not many. The much more likely situation is simply a lack of money, as if they had ANY job, their income would already be being withheld automatically and thus child support being paid. However, the same logic could theoretically apply for enforcing other civil judgments of debts, and yet it doesn’t, because the legislature has deemed this type of debt to be functionally completely different.

The reason for this should be fairly obvious, which is the best interest of the child. A child is entitled to support, and thus it seems a no brainier to enact laws to support this purpose. The question in my mind is how effective this process is at doing that, and whether or not it is simply a process of criminalizing poverty for anyone who makes the mistake of having a child while poor. I have seen too many cases of destitute people spending many years in jail (180 days at a time) without generating any money for the child, which makes my participation in the process incredibly depressing pretty much regardless of the outcome.

In my opinion, it should be the burden on the petitioner to show that there is actually money that exists that could be being paid to the child, rather than the current status which places the burden on the respondent to show that not only does he/she have zero money, but also that they have asked everybody they know for money unsuccessfully (pretty hard to prove). The process as it stands plays out much more punitively than it should, and takes advantage of the civil systems procedures to make it way easier than it should be to lock people away for years on end. At the very least, since the effect of these laws is the criminalization of delinquent child support, it should be moved to the penal code, and should be prosecuted accordingly with the same standard of evidence as a normal criminal proceeding.

Honestly, there are probably about a dozen other solutions better than the status quo, but those are my two cents on the matter, and the reason why these cases are so difficult for me.