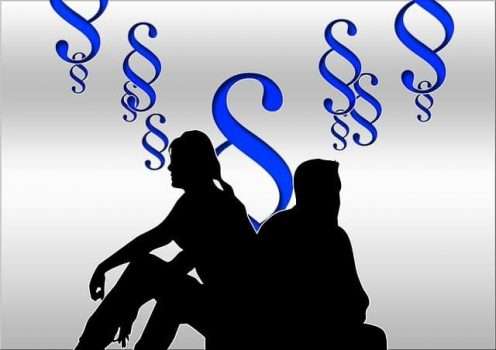 Occasionally, someone will come to me before things have gotten to the breaking point looking for advice for what to do to prepare for a divorce if they decide to do it, and perhaps a referral for a therapist in the meantime. This is great, and I love dealing with situations like these (even if it doesn’t make me any money!). However, lets be honest, it almost never happens this way, and the vast majority of the time people only contact an attorney after things are finished and they are wanting to file for divorce as soon as humanly possible.

So for those people, I figured I would go over in advance some tips to help you, as a great deal of the evidence used in a divorce proceeding will be from the time period BEFORE you file for divorce.

DO: Keep a notebook

This tip is essential for everyone, as often the key pieces of evidence are behaviors that take place for years prior to a divorce filing, and by the time you get to a trial, you won’t have anywhere near a good enough memory of these events. Keeping a notebook ensures that your recollection of events will be preserved, and drastically increases your reliability at a trial (as well as jogging your memory of things to bring up with other witnesses).

Everyone nowadays has various social media profiles, and they are one of the EASIEST things to use as evidence in a divorce. You may think the things you are posting seem innocuous, but I promise you that they look worse if opposing counsel is bringing them up at a trial. The reciprocal of this rule is to take screenshots of incriminating evidence that your spouse is posting on social media. Be a little careful of this, though, as if you are discovered doing this, it can certainly spark an argument (at a minimum).

There are various ways of testing for drugs that can go back up to 6 months prior, and there is nobody in a better position to know about your own habits than your spouse. If they know you used an illegal substance 2 months ago, the first thing they will do is ask the judge to order a drug test, and that can hurt a case significantly.

DO: Stay close with the kids

Don’t let your issues with your spouse to filter into your relationship with the kids. Older kids especially can have a large influence in custody proceedings, and you want to maintain as constant and positive of a relationship as possible. This does often give an advantage to whichever spouse is the primary caregiver, but even if you are not, try to be as active as possible in the time you have allotted.

If you are contemplating divorce, it is likely that there are a lot of negative emotions for both yourself and your spouse. Don’t let these emotions cause you to act in ways that could be perceived as threatening, aggressive, or harassing. These things can lead to negative outcomes in front of a judge, or even worse, a restraining order being used as a legal tactic.

Divorces are often heavily influenced by the levels of preparedness of those involved, so I encourage everyone to at least consider these tips to protect your own interests. Most of them can be applied even if you aren’t contemplating divorce, and are just good practices to engage in regardless. Hopefully you never have to use any of these things as evidence at a trial, but if you do, you will be glad you followed these tips.