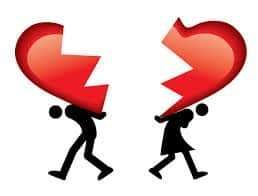 Everyone seems to have their own set of preconceived notions on how the divorce process is going to go, some based in reality, others mostly in fantasy. Ultimately, I suppose it is in my best interest, as if everyone had the same ideas about how property would be divided, I would be out of a job. That said, I still will go over some common misconceptions with you all as I think it helps the process along the better educated people are.

First of which is that a judge is obligated to divide things perfectly down the middle. This may be true in some community property states (Texas is one of 9), but in Texas, the main determining factor is what the judge deems “just and right”. Effectively, that property is divided fairly. This tends to open the door to all sorts of things being discussed at a trial that might not otherwise be relevant to try to sway the judge one way or another in determining what is fair. Things like adultery, income earning potential, child care duties, abusive behavior, etc. are all commonly used as evidence. In most situations, the distribution will correlate pretty strongly with a 50/50 split, but that variability (as well as what property exists to begin with) is what keeps me working.

Second, there are tons of misconceptions about what is communal (marital) property and what is separate property. In general, property owned before the marriage is separate if you can prove it. Income earned during the marriage is communal. Gifts/inheritance are separate (if you can keep them sufficiently separate from communal property and can prove they were a gift solely to you). Some areas are more complicated, such as retirement accounts owned both prior and during a marriage, and often require an account to go through and make determinations. One thing to note that catches up a lot of people is that having property “just in my name” doesn’t really have a lot of relevance legally. If you buy a house during a marriage its communal, regardless of whether your spouse’s name is on it. Ditto for a car, and for the most part, ditto for debt too.

Now, as far as the issue of debt in particular goes, keep in mind that a judge’s determination does NOT absolve you of liability as far as creditors are concerned. If a judge determines that your spouse must pay the entirety of a certain credit card’s debt on which both your names are on it, and they don’t (either intentionally or due to lack of income), the creditors will still come after both of you to recover their debt. This means that both parties need to stay vigilant of the other spouses compliance with things that may impact them both. For this reason, its often an advantage to keep things in one spouses name if the banks will allow it, as you both would “own” it equally, but it would (usually) only affect one person’s credit in the event of a catastrophe.