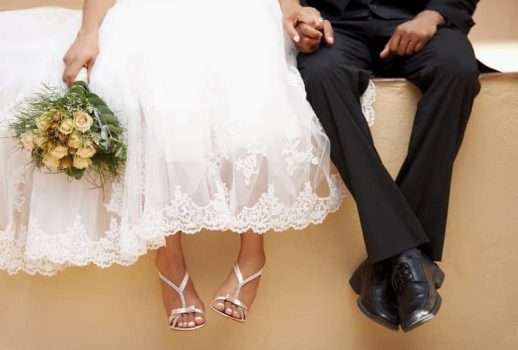 US Divorce Rate Continues to Decline

In a bit of positive news, the US divorce rate has continued its steady decline over the past few years to reach a new 35 year low. Its easy to jump to conclusions in regards to this data, as there are many different contributing factors, but it is an extremely interesting data point regardless. 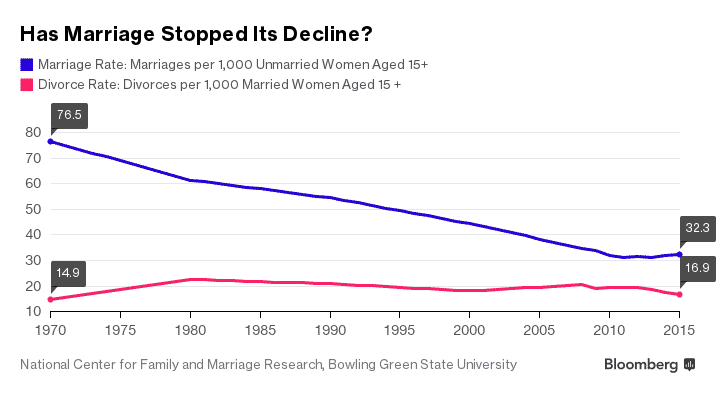 From my own experience, lack of financial resources to even contemplate the possibility of divorce tends to be a large factor in making that leap, and I am not sure that the decline in divorces really speaks to much more than the fact that many people simply don’t have the financial resources to contemplate and go through with a divorce process right now. Especially coupled with the rapidly declining marriage rate, more people than ever seem to be making the determination that marriage is not a necessary institution, even from the perspective of raising children.

I may have a somewhat biased viewpoint in this, but I deal with a large number of couples and parents on a daily basis, and the skillsets to be a good parent, and a good co-parent, are not necessarily the same skillsets to make a good spouse. I think as people continue to think about the long term ramifications on their lives prior to getting married, the divorce rate will continue to decline.

What is a Typical Marriage?

I think that the idea of what a marriage is has been going through some radical shifts recently, and there is no longer a singular “ideal” of what a proper marriage should look like. Traditional societal and gender roles are becoming rapidly more amorphous, which allows a lot more flexibility on the parenting side of things, and also forces a lot fewer parents and couples into situations that they don’t want. One of the worst things possible for a family in my opinion is for a marriage to occur where neither person is entering into the arrangement particularly happily even from day one. In my experience things rarely get better from there, and often end up in divorce in the not to distant future.

Running in parallel with more women joining the workforce has been the rise of parenting by fathers, often by necessity, but sometimes also by choice. There is no longer any default arrangement that can be assumed between parents, and I think it is more important than ever to make sure you have discussions with your partner before having children as to how you see the distribution of duties going. Ideally, this discussion would take place before a decision to have a child is even made, but at the very least, having that discussion before the child is born can drastically decrease the amount of arguments and animosity that can occur in the first few months after a birth.

More than ever, couples appear to be considering the ramifications of divorce prior to taking action. Often it is not as simple of a decisions as “I don’t want to be married to this person anymore and therefore I will get a divorce”, and the system does not make the process easy. For better or worse, the arrangement is designed to be a lasting and permanent contract, and so dissolving that via divorce involves quite a number of hoops to jump through. The time, cost, and emotional toll of a divorce can give even the most stable of people pause to consider, and concepts such as couples counseling can often be a significantly more cost effective option.

One of the questions I ask most all of the potential clients that I speak with is whether or not they believe the marriage can be salvaged. One of the reasons for that question is because its one of the legal requirements, but another reason is just to make sure the person has considered that option. It does happen that couples who initiate divorce do reconcile during the divorce proceedings, and in fact that is the primary motivation of requiring that couples wait 60 days in between filing for a divorce and finalizing it. Based on the statistics, it appears that people are becoming more and more pragmatic, and are more seriously considering the pros and cons of both marriage and divorce, and I think that can only be a positive thing moving forward for society.