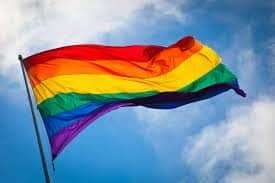 Today, the first same-sex marriage license was issued this morning to 31-year couple, Sarah Goodfriend and Suzanne Bryant who were then married in a ceremony outside of the Clerk’s office.

Judge David Wahlberg of the 167th District court issued an order to County Clerk Dana DeBeauvoir ordering her to, “cease and desist relying on the unconstitutional Texas prohibitions against same-sex marriage as a basis for not issuing a marriage license specifically to Plaintiffs Sarah Goodfriend and Suzanne Bryant.” The ruling was made based on medical issues, as Sarah Goodfriend suffers from ovarian cancer.

Because the County Clerk is complying with the specific court order, same-sex marriage licenses are not being generally issued in Travis County.

Going forward, it will be interesting to see how the legality of same-sex marriage unfolds here in Texas.