Home » Child Custody » Full Custody: Is It Really What You Want? 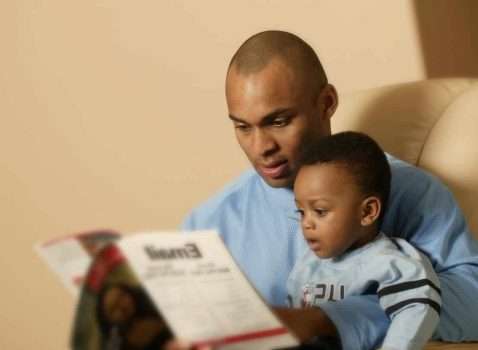 There are many parents who go through a divorce, and for most of them, getting full custody of their child is their ultimate goal. If you are going through a divorce and you have consulted an attorney, it is likely that the attorney will ask you what your goals are in the divorce case. If you have not read any of our previous posts regarding child custody, you could still be hoping that you would be awarded full custody of your child once the divorce is finalized. Most parents undergoing a divorce want to have as more time as possible with their child, possibly because they feel that they’re losing hold of everything else in their family life. Some parents would even resort to intimidation, just to gain full custody of the child, which, by the way, is not a legal term. ‘Full Custody’, we mean.

There are also cases wherein parents are seeking full custody because of very legitimate reasons. There could be the presence of abuse from the other parent, neglect, or other significant reasons. There are also some who would like to terminate the other parent’s rights to the child, or just restrict the time the other parent can spend with the child. Other times, one party in the divorce is just angry and is trying to get back at the spouse in the worst possible manner, using their child. He or she might even threaten the other parent with a lawsuit. Whatever the case, it is almost impossible for Texas courts to terminate parental rights under normal circumstances.

Full custody is a huge responsibility. It means physical possession of your child and making decisions for your child, all by yourself. It also places a huge responsibility for you to secure financial stability for the child after eliminating another source of income for the child’s needs (the other parent). Threatening and acting on your threats to gain full custody of the child is a definite way to make your divorce case disastrous.

Terminating parental rights is not going to be easy. No matter how angry you are or how much your spouse has wronged you in your marriage, the courts may not agree with your plans to have the parental rights of your spouse terminated. After all, the court will always decide according to the child’s best interests, rather than how badly you want your spouse out of your life. The court should find enough evidence that terminating parental rights is due, and that it would be best for your child. It might be easy enough to present evidence that would satisfy both requirements, but it would be more difficult to nail both.

When is Termination of Parental Rights Allowed?

According to the Texas Family Code, there are situations that call for the involuntary termination of parental rights. These situations include abandonment, failing to provide necessary financial support for more than six months, putting a child in danger, and committing crimes such as murder. Offenses made against you by your spouse is not counted as a reason to terminate parental rights. Offenses towards the child such as failing to pick up the child as scheduled, or talking badly about you in front of the child are not strong enough reasons for the court to grant you full custody of the child.

If you do have a legit reason for the termination of parental rights, make sure that you can present solid evidence at court if you want your petition for parental rights termination to be granted by the judge. It is a fact that asking a court to terminate the parental rights of your ex-spouse is a big deal. If you are doing it out of spite, while seeking ‘revenge’ against your ex-spouse, you would be spending time and energy in fighting your spouse, which you could use in caring for your child instead.

At the end of the day, what really matters after you are officially divorced is your child’s well-being, as well as your mental and emotional health. If you allow bitterness to rule in your daily life, you might never get to move on from the pains of the divorce. Instead of focusing on terminating the parental rights of your child’s other parent, you could look for alternate solutions to get the issue solved.

Focusing on Your Priorities

You need to ask yourself to define what your priorities are. Is it getting back at your ex or is it your child’s happiness? If it is the latter, you may want to think deeply about whether your lawsuit to terminate the parental rights of your child’s other parent would make him or her happy. Your child could be seeing the situation differently than you do.

If you think that terminating the parental rights of the other parent and gaining full custody of your child is in your child’s best interests, it might be better to consider requesting for a modification after the other parent violated the order of the judge. This will be easier and would cost you significantly lesser too. Whatever method you choose to pursue, hiring a lawyer you can trust would help you achieve your goals successfully.