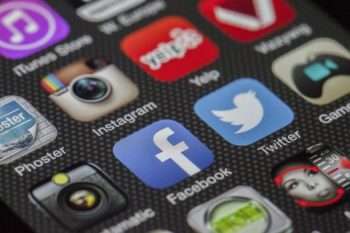 In the age of information and technology, majority of the people in the world know or have access to social media. It is mainly used for entertainment and information-sharing. While this is true, social media such as Facebook, Twitter, LinkedIn, etc. also raises some ethical problems.

In gathering evidence, a lot has given their opinions on the recent practice of evidence collection through the use of social media sites.

The courts are acknowledging the implications of a lawyer who uses information from a social media profile of an unrepresented witness.

In Family Law and Divorce specifically, the following are some examples of the use of social media in evidence collection:

While there is no established rule, using deception in order to access the social media page of an unrepresented party for use in litigation should not be done.

Lawyers must keep in mind that although social media is a new medium, this does not mean that it is an unregulated one. The professional conduct rules that apply to conventional means of communication also apply to social media.

Another major issue is the possibility of destruction of evidence from social media when litigation is inevitable or is currently happening.

Changing privacy settings of accounts, deactivating them, and deleting all of its content could be categorized as unlawful destruction of evidence.

This has both criminal and civil implications. Bar Associations are establishing ethical standards for lawyers to follow when giving advice to clients regarding the content of their existing social media.

Lastly, because of the ethical consequences of social media marketing, law firms and lawyers are becoming more mindful of the great impact of social media in promoting their practice.

Before, networking among lawyers traditionally takes place at professional networking groups and bar association events. Now, these traditional methods of networking are modified by a lawyer’s ability to reach a wider audience through new social media technologies.