Home » CPS » How to Avoid Problems with CPS (DFPS) 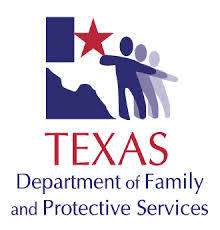 I thought I would start off this blog with a bit of information on what types of things to watch out for that can get DFPS (Department of Family and Protective Services, the umbrella organization for CPS) involved in your life.  Most of the time, when people are looking up or contacting lawyers about their dealings with CPS they are usually very confused.  In most cases, parents feel they have done nothing wrong (and in fact, a reasonable person might even feel they have done nothing wrong) and yet, they are being “investigated” by the government for how they parent their children.  I certainly sympathize with this, as most people really have no easy way of finding out information about the process.  My goal is to hopefully bring a bit more transparency into the area, and hopefully be able to help some families avoid a lot of hassle later.

First of all, it is important to know a little bit about the intake procedures that CPS uses.  CPS gets a MASSIVE (and I may even go into HOW massive at a later date) amount of calls into their system of possible child “abuse and neglect” which covers a broad range of categories.  They then have to classify the report and determine whether to investigate or not.  The vast majority of calls into their intake system are not such types of things that need to be investigated.  The criteria are somewhat specific, but it is mostly a calculation on the veracity of the report, as well as potential risk to the child.

Some of the areas that MAY cause CPS to investigate you are a bit of a surprise to some parents, so I feel its important to mention them here.  One of the more common calls to the intake centers is parents leaving small children alone in the house while they are out, and a neighbor calling it in.  This may not seem like a serious issue, and it usually isn’t, but it may be cause for the Department to investigate further, which is an unneeded hassle.

Another type of intake call is teachers (or others) calling in about various injuries on a child.  It is important in these situations to understand that in most of these situations the person reporting it is OBLIGATED to report it, and there is not necessarily any intent to harass or cause problems for you (although sometimes there may be, which is a separate issue).  Usually these types of situations are resolved quickly and easily, but it MAY be another situation where CPS may want to come visit your home.

I may go into some other common issues in more depth in a future post, but for the moment, just being conscious of the fact that ANYONE can call the Department about your children, and there is a possibility that they will follow up on it, regardless of how minor you view the issue.  It is important to understand that CPS has a lot of power to hassle you if they so choose, so take it seriously if you are contacted by them and don’t simply hang up the phone.  In 99 percent of cases, nothing serious is going to happen, but there is no need to take any risks.  Simply answer their questions, or if you feel uncomfortable, go ahead and contact an attorney and ask about what you should do.

Finally, understand that the people making calls are mostly neighbors and teachers, or other people who might interact with the children on a routine basis, so be careful what you talk to your neighbors about, especially ones who you might not be on good terms with later.

2 thoughts on “How to Avoid Problems with CPS (DFPS)”