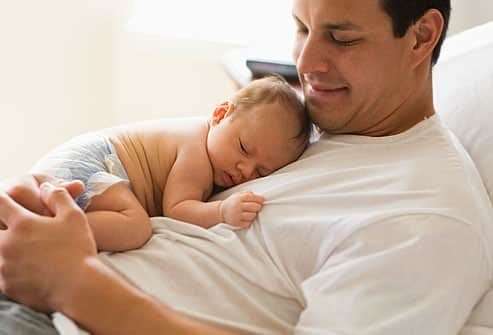 When a married couple has a child, even without properly establishing paternity, people will automatically assume that the husband is the father. In order for that thought to be legally changed at court, ample evidence is necessary.

It’s different when an unmarried couple has a child, it is often necessary for one parent to establish the identity of the father of the child. This is very important because this is the fact that the child will have to grow up with. This also matters because the child will need support from the father, such as financial support.

Usually, despite being unmarried, the father would assume that his rights to the child are guaranteed even at the face of separation from the child’s mother.

Usually, the acknowledgment of paternity is done at the hospital, after the child’s birth. There is an Acknowledgement of Paternity document that both parents can sign before it is submitted to the government office. When the father signs the documents, all doubts about paternity is put to rest, and the father’s name is added to the birth certificate, usually.

If the couple is not married, the father is informed of the rights and duties of a father before he signs the Acknowledgement of Paternity. Once he signs the document, only then can his name be added to the child’s birth certificate. The acknowledgment document is then submitted to the Bureau of Vital Statistics. Once they accept this document, the father’s name can be officially added to the birth certificate.

Other Ways of Establishing Paternity

Another way to establish paternity is through the Child Support Division of the Texas Attorney general. This happens when the mother doesn’t really know who the father of the child is, or if either of the two refuses to sign the Acknowledgement document voluntarily. The office of the Attorney General will then have to conduct a paternity test, which is usually free.

Why You should Establish Paternity Legally

It is necessary to establish paternity so that the child can enjoy certain benefits. This includes health insurance, which they can avail through their father. Simply put, children with fathers can have a better life than those who do not. It is also important to establish paternity legally because in case the mother won’t abide by a Court Order related to the child’s welfare. Such a scenario is pretty common after a Texas divorce. The father can demand to enforce the Court Order if he has been established as the father of the child legally.

There are four different types of fathers: adjudicated, alleged, presumed and acknowledged.

An alleged father is a man who has been named as the father of a child but for whom paternity has not yet been legally established.

A presumed father is someone who is married to the mother of the child and the child is born during the marriage. Texas law presumes that this person is the father. This particular category comes up frequently in situations where a couple is married but separated, and have not yet gone through the process of getting a divorce, either because of hopes for reconciliation, or lack of need to.

An acknowledged father is one who signs the Acknowledgement of Paternity. If he thinks that he is actually NOT the father of the child, he can rescind his acknowledgment within 60 days from the time the acknowledgment was submitted to the Bureau of Vital Statistics.

What to Do when You are Not the Father

Once this happens, the mother of the child can try to establish paternity with the real father of the child. It may sound unfortunate but these scenarios do happen in Texas. Since it is a sensitive legal issue, it is best to hire a family law attorney to help you out if you are in this situation.