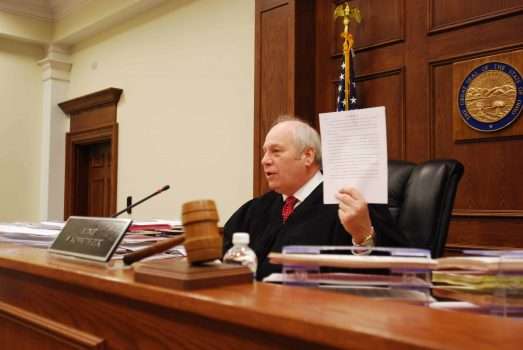 On the other hand, a bill of review can be filed anytime from four months to four years from the day the judgment was signed in court. There is an exception to this rule though. If you can prove that fraud was involved and it greatly influenced the ruling of the judge, you might be granted a bill of review even after the 4-year period is over. An example of this would be when you have enough evidence that you were lied to by the opposing party, which caused you to fail to show up in court on the day of the trial.

How to Get a Bill of Review Granted

How can you increase your chances of successfully winning a bill of review motion? Of course, there is a standard set in Texas law that states what things are needed to win a hearing for bill of review. We can also take a look at what is needed in a motion for new trial to get an idea of what the courts will be looking for when you file your bill of review petition. Basically, what you will need is a meritorious defense to the cause of action alleged, a meritorious ground for a new trial, or a meritorious claim that the Petitioner was unable to do due to accident, official mistake without any negligence on the Petitioner’s part, or fraud and wrongful acts of the opposing party.

An official mistake refers to a mistake made by an officer in court in doing his or her official duty. Anyway, the standard is pretty straightforward. You need to present evidence that the reason you failed at the initial trial was not because of your own negligence. You need proof that you are a victim of someone else’s wrongdoing or mistake.

The Challenge of Getting a Bill of Review Granted

Bill of reviews is one of the most difficult to win in court. If the above paragraph does not warn you enough, we’d like to tell you directly that it is extremely difficult to win a bill of review petition. First, the public policy in the state of Texas allows final judgments to stay final. After all, if any judgment would be easy to appeal or overturned by a mere motion, the entire judicial system in the state of Texas would crumble down. There will be instability in the society in general as well.

More About The Grounds

If your ground for filing a petition for a bill of review is because of an official mistake, the official in question could be a clerk in court. That clerk would be responsible for providing you with any notices or judgments given by the court. If the clerk makes a mistake, then relying on the clerk’s case updates might be detrimental to your case since some factors in the case are time-sensitive. The updates will likely inform you of any new documents submitted to the court and signed by the judge, including final and temporary court orders. Typically, there are a huge number of cases and parties that needs updates. Hence, it is not impossible for a clerk to make a mistake and harm certain parties. The only way to correct such mistakes would be a Bill of Review.

If you are looking to file a petition for your family law case,  there are good grounds for it. It includes fraud by the opposing party and an official mistake. If you can prove either of these, your chances of getting that hearing will increase significantly. This does not mean that your petition will be automatically granted, however. To give it your best shot, find a trustworthy and experienced family law attorney. You need all the help you can get so you can get another shot at a trial. A family law attorney would be able to advise you on the best ways to prove in court that fraud or official mistake indeed happened during your initial trial.