Skip to content
Home » Adoption » Is Infertility a Ground for Divorce? 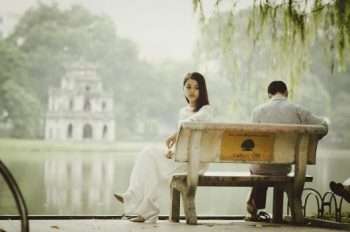 Infertility, or when a woman is unable to conceive a child, is not a ground for divorce in Texas laws. Hence, it cannot be used as a means to dissolve a valid marriage. According to Texas family laws, there are only seven (7) grounds for divorce, and infertility does not fall into any of them.

Generally, divorce grounds in Texas may be considered into two categories: the “no-fault” and “fault” divorces. One of the grounds falls under the “no-fault” divorce, one called “Insupportability” under the Texas Family Code, which is the first ground listed under such law. It basically means that neither party is solely responsible for the resulting divorce. Based on statute, it says, “on the petition of either party to a marriage, the court may grant a divorce without regard to fault if the marriage has become insupportable because of discord or conflict of personalities that destroys the legitimate ends of the marital relationship and prevents any reasonable expectation of reconciliation.”

The other six (6), as opposed to the first ground, are considered as “fault” divorces. This category is based on the assumption that one of the parties is at fault.

Other Grounds for Divorce

The second ground mentioned by the Family Code is Cruelty. What the statute says about it is that “the court may grant a divorce in favor of one spouse if the other spouse is guilty of cruel treatment toward the complaining spouse of a nature that renders further living together insupportable”.

The third one mentioned is Adultery, such as when “the other spouse has committed adultery”.

The fourth is Conviction of a Felony, wherein the provision laid out three (3) ways when the court may grant divorce:

There is an additional provision under the fourth ground which says that the court may not grant a divorce against a spouse who was convicted on the testimony of the other spouse.

The fifth ground is Abandonment, which is when the other spouse left the complaining spouse with the intention of abandonment and remained away for at least one year.

The sixth ground is Living Apart, such as when the spouses have lived apart without cohabitation for at least three (3) years.

The seventh and the last ground is Confinement in a Mental Hospital, where the court may grant a divorce in favor of one spouse if at the time the suit is filed:

Infertility is neither a ground for Annulment, because the Family Code laid out only ten (10) grounds, namely:

While Infertility may affect the marriage and the relationship of the spouses, there is no express mention in Texas family laws that may consider it as a ground for dissolving a marriage.

There are still many options available for an infertile couple. Nowadays, science and technology has made it possible for a couple who cannot bear a child to have their own through procedures like artificial insemination for example.

Adoption is also a possible option. Infertility should not be taken against anyone. It’s not enough reason to sever the marital bond according to the State of Texas.