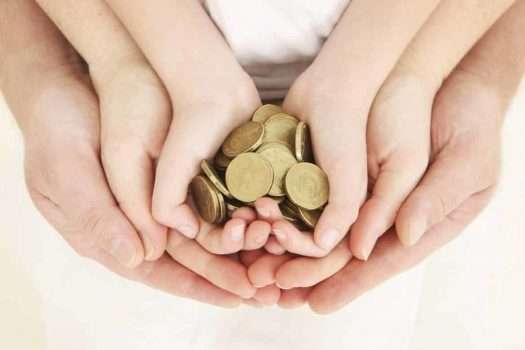 I read an article today that estimated that more than 120,000 men paying child support for children that aren’t theirs. The article didn’t go into much detail regarding how that number was reached, but even if the true number were half that, it is still somewhat staggering. I have personally come across this enough times to think it probably isn’t that far off either. There are a number of different situations that can cause this, but the most common in my experience are when Mom will tell someone that they are currently romantically involved in that they are father and are the only person who could be the father. This person believes them and signs the birth certificate and/or a potential acknowledgement of paternity. Then, low and behold, they find out that Mom was sleeping with other people and begins to question paternity and/or gets a paternity test.

It seems like the process should be simple at this point with how conclusive DNA testing. Simply show the evidence, get parental rights terminated, no more child support right? Not so fast! Unfortunately, almost nothing in the legal arena works simply, and this process least of all. First of all, pretty much everything in this process requires hiring an attorney, simply because every step of the process is like pulling teeth, and that creates its own complication for people struggling financially (child support payments for other people’s children certainly don’t help with this!). Second, even if you can conclusively prove you are not the father, the judge may determine that you are “effectively” the father either due to an acknowledgement of paternity, or based on the fact that you may have been acting as the father for this period of time. This means that you can still end up on the hook for past, present, and future child support payments. Thirdly, even if the judge wants to help you, often the law hasn’t caught up with reality, and the judge’s hands are tied. Case in point, the loophole mentioned in the article for back child support.

The difficulty in getting “off the hook” so to speak has some good public policy reasons behind it, however, in reality it ends up punishing the innocent at least as much as it shackles the “deadbeat dads”. The primary legislative intent seems to be to make sure that SOMEOINE supports the child (who is truly innocent), because if dad gets his child support obligation terminated without someone new on the hook, the child is potentially left without a dad, without support, and overall in a poor position. This seems to play out legally as well, as its certainly MUCH easier to accomplish this process if the biological dad is present and served with process and/or willing to pick up the slack. That process is easier said than done though, and requires the cooperation of the mother who really has no incentive to cooperate as there are literally zero consequences or incentives for her to do ANYTHING, the entire burden is on the “father”.

Incidentally, the law has somewhat caught up in recent years with the issue of FRAUDULENT paternity (where Mom intentionally lies to someone to make them agree to be Dad), and there are specifics statutes in place for that now, though they are still somewhat limited. This situation, though, would probably occur significantly less if there were some penalty to doing it. It is hard to articulate any consequence other than potential difficulty sleeping with attempting to snare a higher earning man into child support payments. Presumably, the reasons for the complete lack of criminal and civil penalties is to ensure that the child or children still have a mother, but in a situation where malicious intent can be clearly proven (which is hard to do but does happen), it seems unclear whether that should outweigh the rights of the father.

This particular topic is becoming increasingly common, and I wouldn’t be surprised if the law, and the public’s viewpoint on this continues to evolve in the next few decades. Here’s hoping that, eventually, a balance can be struck between the rights of the children and the rights of the fathers that doesn’t leave so many men in a lifetime of debt or jail.

2 thoughts on “Men owe child support despite not being fathers”