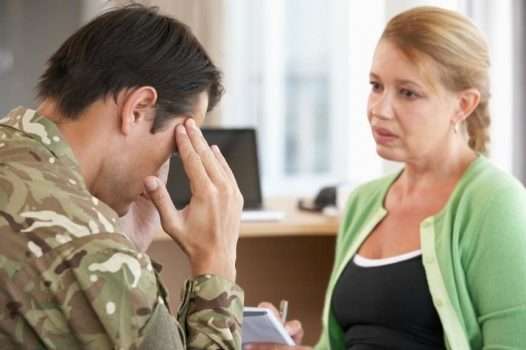 Military life can be pretty tough and rigorous. People who enlist in the army are selfless and courageous. Making the decision to serve the country this way is definitely not an easy path to take. These people in the military put the lives of other citizens before their own and they are exposed to dangerous situations on a daily basis. This is nothing short of brave and is definitely admirable. Our soldiers are true heroes who keep on moving frequently all over the country and even across the world. This is a sad thing because it means staying away from their family and loved ones for long periods of time. What’s even sadder is the fact that this can cause a lot of strain in their relationships, especially for those who are married.

Military divorces is sadly a common and regular occurrence. If you are married to a serviceman, you would know that his life will keep on changing and the ground which you place your relationship won’t always feel stable. Your marriage will be stressed no matter how healthy your relationship with your spouse is – because of constant moving from place to place within a short notice. The fact that military men get deployed into various warzones can be a root of stress and anxiety too. Though couples try hard to stay married despite these challenges, some of these marriages eventually end up in military divorces.

When it comes to the divorce of our citizens in the army, the federal laws and state laws still apply. If the people involved in the divorce case are living in Texas, then we usually look up to the Texas Family Code for guidance on the divorce process. However, this is not the case when it comes to military divorce. This type of divorce is one of the most-debated issue family lawyers have to deal with.

For active military men and veterans, we know that serving the country and prioritizing the safety of other citizens over your own will earn you certain benefits. These benefits did not come for free, instead, these are the fruit of your sacrifices. When it comes to your divorce, you might have to divide your pension plan. Whether you are the military man with a pension plan or you are the spouse seeking to divide the pension plan during the divorce, you will want a straightforward process with the least complications and conflicts as possible.

The Complicated Process of a Military Divorce

In the event that a military divorce occurs, the pension plan could be divided depending on the length of the marriage along with other factors. You should seek the guidance of an experienced family attorney who has handled divorces such as this in the past. This way, you can be properly advised about the best steps you should take and what you should expect out of your divorce.

There is also a federal law that protects all of the members of the military. The Service Members Civil Relief Act prevents the spouses of active military members from initiating divorce proceedings. The rationale behind this is that when you are in active service, you are protecting your country, possibly from abroad. Your spouse will not be allowed to initiate a divorce when you cannot defend your rights.

Military members who are Texas residents can still file for divorce in Texas even when living elsewhere due to military responsibilities. The same requirements mentioned above is required, however. You will need to have lived in Texas for at least six months and within a certain county for more than 90 days if you want to file for divorce in a Texas court.

In Texas, your debts and assets and everything in your property that you have acquired during your marriage are all subject to division in an event that a divorce occurs. State and Federal law both apply here for members of the military. In order for your spouse to have access or receive direct payments from your military pension, the federal law requires that you must have been married for at least ten years. However, as per Texas state laws, your military pension can be divided even if your marriage didn’t last for 10 years. Federal laws also have certain regulations related to health insurance and other benefits. The community property laws of Texas will apply to your divorce if you file for divorce in Texas. For more information, set up a free consultation with a reliable attorney in your area.