Skip to content
Home » Child Custody » Father's Rights » Paternity and DNA Testing in Texas: What You Need to Know 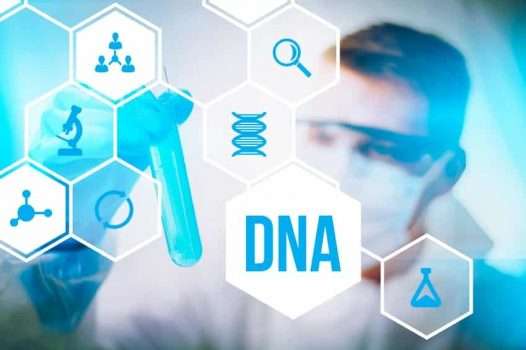 It can be pretty horrible when you’re just minding your own business and you suddenly receive a letter from the Texas Attorney General’s Child Support Division, demanding that you pay thousands of dollars in child support. It would feel as if your world has turned upside down in a matter of seconds. To make it worse, the letter informs you that you have been delinquent in paying child support. It’s a sticky situation, especially when you know in your soul and conscience that you are not a father – you are certain that you do not have a child. Does this shocking situation sound familiar? No, it’s not a plot of a movie, this really happens in real life. Of course, cases that require paternity determination do not always unfold like this, but you get the point: it’s pretty complicated. If you are in a similar situation, or if you know someone who is in a situation similar to the one we mentioned above, you need to understand that the  situation calls for a family law attorney. Legal advice would certainly be necessary to sort out the case.

In cases such as the one mentioned in our scenario above, the ‘father’ can be absolutely certain that he does not have a child out of wedlock. In most cases, he would know the person listed as the mother of the child. It could be an old friend, an old classmate or a colleague. It’s possible for these cases to arise even if he was never in a romantic relationship with the mother of the child. That’s just the way our world is today. If you find yourself in this situation, it would help if you know what to do.

It is important to actively seek legal counsel the moment you realize the type of situation you are in. This is not a time for you to be in denial – you can’t afford it. There could have been a mistake – there must be! So instead of burying the letter and forgetting about it, find a trustworthy family lawyer who can help you through the problem. Your lawyer will be able to help you go through the steps in fighting your designation as a father to a child who is not yours.

As we have previously mentioned, determining and establishing paternity can be complicated. It can only be costly. If you have little money (even if you have a lot, actually) you wouldn’t want to spend a big chunk of it on fighting the designation. The reason why this type of case is difficult and somewhat complicated is because there are way too many parents – usually fathers – in the state of Texas, who would rather not take responsibility for a child that is biologically theirs.

Despite that, the Office of the Attorney General is tasked to make them pay child support as they are supposed to – or face the consequences. In the real world, the majority of the letters demanding long-overdue child support payments to be paid are legit. Those letters are addressed to actual parents who really owe child support to their child.

What Happens in the Scenario Mentioned Above

Obviously, this is not the case in the scenario we mentioned above. In it, the mother lied, claiming that the recipient of the letter is the father of the child, with the hopes that she can receive child support. This is fraud, but unfortunately, the state of Texas does not really conduct a thorough investigation regarding the accuracy of this type of claims.

Of course, at the onset of the claim made  by the child’s mother, the court will send you a notice regarding the hearing. There will be a hearing in court wherein you would be able to challenge the paternity. If you can fix the issue at this point, you’d be able to stop it from worsening into a situation wherein you’d have to pay child support. A possible problem here is when you fail to get the notice. It could get buried in a mountain of bills and whatnot and you’d have no idea that such a hearing took place. The court will then decide that you pay child support without you knowing anything about it. You will then receive notices later on informing you of your arrears in failing to pay child support. It’s ridiculous, but it happens. Count yourself lucky if your case is a lot simpler than this.

Fortunately, the State of Texas changed some laws in 2011 that turned out to be beneficial for men. This law allowed men to request DNA tests for paternity determination after the hearing. Since then, DNA testing is possible even after the hearing determined the man to be the father of the child. If the DNA result shows that he is not the father of the child, the court will eliminate any child support responsibility.

This is such a relief for men in Texas. Before this 2011 law was passed, the courts made the men pay child support for children that were not their own. This is because at that time, there was no way to challenge paternity after the legal determination has been finalized. It was such a nightmare for men with incomes that did not leave any allowance for child support after providing for a family with his actual biological children.

What This New Law Means

Basically, a man who has been declared as father of a child in a previous court proceeding can ask the court for DNA testing. This is only possible if DNA testing was not done prior to the court’s declaration of paternity and child support responsibility. There is a catch though. This law was only set to extend until September 1, 2012. It has been more than 5 years since that date. Can you still challenge the paternity determination?

You can still ask the court to do a DNA test to challenge the paternity determination. However, if the court determines that you were aware that you are not the father of the child, your child support responsibilities will continue. If the court thinks that you should have known based on the circumstances that the child isn’t your child, then they will not discontinue the parent-child relationship in any way.

Therefore, it is important to take note of any notice sent to you and attend any court hearing where you are supposed to be present. It is also crucial to seek legal advice as needed. Whichever point of child support of paternity determination you’re currently in, it’s not too late to seek legal counsel. Find an attorney who can guide you find the best steps to take as you move forward.