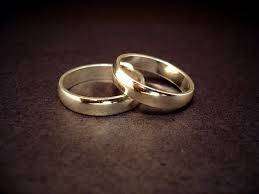 Texas is a community property state, which can cause some complicated issues to arise if you have assets acquired before marriage that get co mingled with assets acquired after marriage or with your spouse’s property. If you want to ensure that certain property remains separate, it is important to have either a prenuptial or postnuptial agreement spelling out who owns what property.

Most of the time these documents are fairly simply to draw up, and can be easily tailored to whatever wishes you have. I can help you avoid common pitfalls, and point out many areas that people commonly forget to mention in their agreements that can cause problems later on. Even if you and your spouse are in relatively equal financial situations, these agreements can save a lot of hassle later in the situation that a divorce does occur, and I would recommend that most spouses should get together and discuss such an agreement.

Are marital agreements enforced in Texas?

Yes. The basic standard here is fairness. As long as the agreement is properly executed, were executed voluntarily, are not unconscionable, and each spouse provides proper disclosure of assets or waived this disclosure, the agreement will be enforced.

What are the benefits of a prenup?

The best advantage is probably removing the variability of having a court ultimately decide your fate in the event of a divorce. There is no requirement that everything be divided 50/50, and the judge has a lot of discretion normally in making these determinations. If you have a properly executed prenup, you have the peace of mind to know what your situation will be in the event of a divorce, and can make decisions with that certainty in mind rather than having those variables weigh on your mind. This applies to both the distribution of community assets, as well as making a determination in advance of what property that you own prior to marriage is seperate property and clearly stating it and agreeing to it. For the most part, having these types of agreements in place often serve to decrease resentment and arguments in a marriage by removing the cloud of uncertainty that can loom over a marriage.  For obvious reasons, it also can serve to greatly expedite a divorce process in the event that it is necessary, as many of the contested issues of fact will already have been decided

Can a prenup be modified after it is signed?

Yes, as long as it is agreed by both spouses (and depending on how the specific prenup is written). For the most part, this issue can be as flexible or inflexible as suits your needs.

What are the limits of a prenup?

Issues involving children are decided based on a best interest standard and cannot be dealt with via a prenup. Most everything else involving property is fair game though, and can determined in advance.

How do I bring up this topic with my fiance?

This tends to be a somewhat personal question that needs a more personalized answer, as its different for each couple. One way to frame the situation that can be helpful is to view it as an insurance policy. It functions the same as it eliminates variability and worry, but without the monthly payment. Additionally, I find that if you think your spouse will be reluctant to agree to a prenup, you can ask him or her for what THEY think is fair, and use that as a starting point.

Do both parties need their own lawyer?

No, although it is a good idea. Having the agreement explained to each party by their own attorney makes sure that everyone understands, which can come up later down the road as well if there is any question to that effect. Additionally, it significantly decreases the risk of overtly unfair distributions from being agreed to without knowledge.