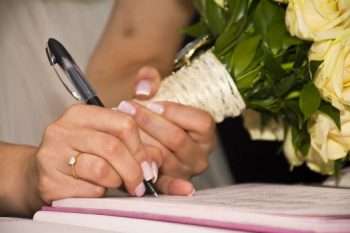 If you’re someone who’s planning to get married soon, the thought of getting a prenup might have crossed your mind once or twice, but why would you, right?

Prenuptial agreements – legal documents that state how a couple’s assets and possessions will be divided in case of a divorce – aren’t really necessary, especially if you know the law and are satisfied with their terms. But coming up with a prenup doesn’t easily equate to being a non-romantic, it just means that you’re someone who is careful about your future, and takes into account the possibility that all relationships come to an end, even if we didn’t want it to.

It’s not bad to plan for the future, especially if you own properties, stocks, have children, or would be spending for the family, such as education. Let me show you what I mean.

The Up and Down Sides of a Prenup

Let’s start with the upsides:

However, it also has its downsides:

Just by looking at this list, you could already see that the pros outweigh the cons. If you really want to do a prenup, encouraging your partner to get one would be easier now that you know the up and downsides of it. Add to that, the fact that both of you would contribute to what will only benefit you in the future.

So go get yourself a lawyer and start crafting your prenup before you get married!