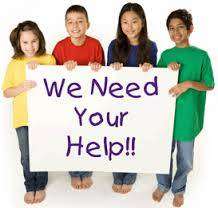 It seems it is almost once a month nowadays I hear that another child has died while in foster care. Between September 2011, and August 2013, the number of foster children who died from abuse or neglect while in care rose from two per year, to eight per year1. That’s a staggering increase if that trend holds up. Obviously, in such small numbers, its possible we are simply looking at a statistical variation, however, these are not freak occurrences. From my perspective, this raises some questions in regards to both licensing standards as well as the eyes on the ground in these cases.

As with most things, this is somewhat of a divided issue for me, because the more difficult you make it for people to become foster placements, the more good placements you might be eliminating from the pool. Additionally, it isn’t as though there is an excess of supply in this arena anyway, in fact quite the opposite. To a certain extent, when placing children, it is often somewhat of a “pick the best of what options exist” and if there are only a handful of bad options, you grit your teeth and cross your fingers and hope for the best.

In my opinion, however, this isn’t good enough for Texas children. This is not an area where a simple passing grade should be “good enough”, this should be an area we as a state strive to excel at. Obviously, some of the issue is a lack of funding, but the problem goes deeper than that. The best type of home for children is a foster home that is as close to a “real” home as possible, however, the supply of these quite simply does not meet the demand. Larger group homes pick up much of the slack here, but they often run into problems as frequently they are profit driven, and not focused on the best interests of the children.

The best solution here may be more direct involvement on the part of the state. The amount the state pays out through contracts is already pretty extensive and regulation of the private market here seems difficult. If the state ran their own group homes, or better yet, smaller home environments, then it would be much easier to regulate and much less variability in the level of care between one home and the next.

Regardless of the specific solution, though, it seems clear that SOMETHING needs to be done.

One thought on “Rising number of child deaths in foster care”