Skip to content
Home » Divorce » Shared Parenting after a Divorce 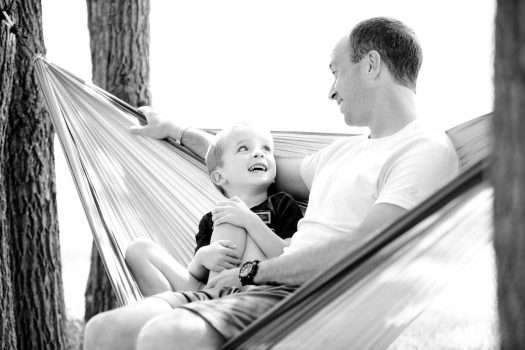 Shared Parenting after a Divorce is the Healthiest Option

Divorce is difficult for anyone and everyone involved in the process. Even if the divorce is amicable, that doesn’t make it easy.  Deciding what party gets custody of the children and parenting powers is difficult.  Despite being difficult, it is a decision that needs to be made.

In the past, it was tradition to award only one parent parenting powers.  This parent would often be the mothers because it was believed that mothering instinct was powerful and that it was a requirement for anyone growing up.  For the most part, this notion is being dismissed as outdated and inaccurate.

A more modern but still outdated approach is to assign visitation hours to a parent, most often the father.  The term visitation implies that the parent is something less than they are.  It also is demoralizing.

A split parenting position for divorce isn’t just something that the courts thought would be in the best interest of both parents, it is something that has been studied thoroughly.

Over 50 studies have been conducted into shared parenting.  Parents and children from around the world have been studied to determine the optimal parenting situation for children of divorces.   Those kids who stayed with both parents for at least 35% for each parent did far better in life.

Both academic and social lives improved, as well as psychological health.

No matter who you are it comes down to the simple fact that kids need both a mother and a father in their life.  Each parent provides different education to their kids, different emotions, and plays a different role in their life.

A role played by a parent isn’t necessarily tied to their gender either.  Gender roles that have been established throughout ages of parenting play a major role in a court’s decision about custody.

In order to see how this works practically, let’s take a look at a child’s regular life before we talk about a father’s and mother’s role.

What you don’t see here is any specific gender listed but the courts decide that children, especially when young, shouldn’t sleep at any home that doesn’t have their mother present.  They believe that a mother’s nature is more important than keeping both parents in the child’s life.

Dad’s perform many other roles in a kid’s life that are stereotypically associated with mothers.  Those roles are constantly increasing as gender roles become less defined.  Fathers are changing their kids, pushing strollers, taking them to daycare, and more.

While a child does need their mother, there is no scientific evidence that says they have to be with their mother every night of the week.  A father should have the same rights to have their children spend the nights at their house.

Attorneys around the United States are currently working to change this.  Within the last few years large strides have been made.  It helps a lot that there has been a lot of research conducted into the area recently.  Research serves as ammo in court cases and can help to change a judge’s mind.

Fighting to change standards does not mean that they are changed.  We need to start making shared parenting a normal decision in custody courts.  Children of all ages can benefit from normal parenting situations, not just older  kids.

Valuing both parents is an important part of any child’s growth.  We should be doing everything we can to maintain healthy relationships.  If we don’t value complete families then we are setting people up for harder lives.  It may even hurt people psychologically later on in life.