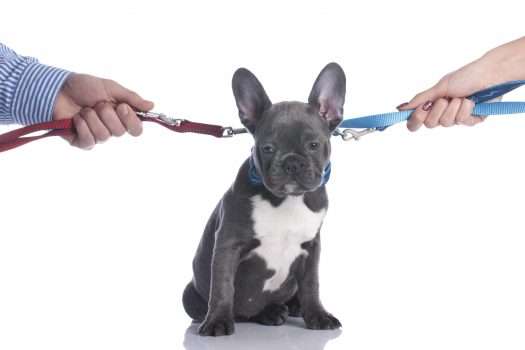 It goes without saying that a divorce comes with many considerations and if you have pets in a Texas divorce, you might be worried about their fate. One of the most devastating things that come along with divorce is separation. One parent would have to live separately from the children and the other spouse in most cases.

Pets such as dogs and cats are part of the family and it’s difficult not to have an emotional attachment to them. However, when it comes to a divorce, the harsh reality is that they are classified as property. As property, these pets will be in the same category as your house, television, jewelry, bank accounts and other properties.

As it is with other properties you have at the time of the divorce, the pets will need to be awarded to one spouse. You can talk and have an agreement about the fate of your pet, otherwise, the judge will have to decide on what to do with your pets in court.

The thing is: since pets are considered a part of your property, they will be treated either as separate property or community property. The judge will not make a decision based on your family’s or pet’s best interests, and would just be following the law.

If you are worried about your pets in a Texas divorce, it is better to reach an agreement with your spouse to avoid getting the judge to make the decision for your family.

Here are some frequently asked questions about pets in a Texas divorce. You might also have these questions running through your mind right now and the following information might be useful.

1. How is your pet treated as property?

As already mentioned above, pets and animals, in general, are considered as property as per Texas laws. If the case of your pet will be included in your divorce trial, the judge will have to divide or award the pets to one spouse along with the rest of your community property. The judge will try to find a fair solution to the issue, but he or she may not be able to find the exact middle ground that would satisfy both you and your spouse.

2. What are the factors that affect the outcome of a divorce issue involving pets in a Texas divorce?

Your pet may be considered as property, but it is still a breathing and living thing. Hence, the judge will look at different factors before making a decision. The judge will mostly see which spouse has been feeding and caring for the pet since the first time it came to your family.

Both you and your spouse may love your pet the same way, but if only you typically care for the pet on a daily basis – feeding, grooming, buying its food and the like – then there is a big chance that the judge will award the pet to you.

The judge is likely going to check the possible living situation each spouse will have after the divorce, before making a decision about the pets. When one spouse remains in the family home and the other moves to a studio apartment, there is a bigger chance that the judge will leave the pet in the hands of the spouse who will remain at the marital home.

Another factor the judge will consider would be conservatorship. When you have kids and pets, the kids will mostly be attached to the pets. Considering this, there is a huge possibility that the spouse who gets the primary conservatorship of the children would also get the pet.

3. What if you had the pet before you got married?

The factors mentioned above might be rendered useless if you owned the pet before you got married. This is because the pet, just like your material property owned, acquired or received before your marriage will be considered as separate property at court. If you can show proof to the judge that you had the pet before the marriage, then the rights to it would be yours.

Likewise, if you received the pet as a gift during your marriage – it was specifically given to you by your spouse or someone else – it can also be considered as separate property.

4. How can you prove that the pet is separate property or community property?

In most cases, the court will accept testimony in court during a trial to determine the ownership of the pet. However, it would be best if you can find and provide proper documentation to prove that the pet is separate or community property to draw clear lines easily. An example of this would be a sales receipt, certificates and even documents from the veterinarian.

5. What happens if the pet is expensive?

There can also be instances when your family pet is more than just the typical dog or cat. Your pet might belong to a really expensive breed, or even a more expensive type of pet, such as a horse. In such cases, your pet will be evaluated along with other valuables such as artwork and jewelry.

You can make an agreement with your spouse regarding the affairs of the animal. You can go for shared ownership where both you and spouse can make a visitation schedule that would work for you or you can agree to split the proceeds from selling the pet.

If you can’t easily reach an agreement with your spouse, you can expect the judge to make a harsh decision of getting the animal sold immediately and splitting the money from the sale as he sees fit.

There are many ways a divorce can be stressful mentally and emotionally. Parting from pets in a Texas divorce can easily be one of those stressful events. For sure you will need guidance from a divorce attorney who would help you manage the entire ordeal more comfortably.

Here are also some articles about divorce and finances that you might find helpful as you go through your divorce process:

How to Effectively Guard Yourself Against Community Property Issues

Things You Didn’t Know About Debts in a Texas Divorce

Things To Know When Filing for Divorce With a Disabled Spouse

Spousal Maintenance 101: Everything You Need To Know

Busting Myths and Rumors About Child Support in Texas