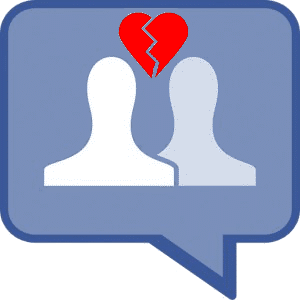 Gone are the days of newspaper and television being people’s number one source of news. In the past, you either watch TV or read the newspaper in order to find out what’s happening in the world around you. Times have certainly changed. With the fast development of technology, everything is now available and accessible with one click, at the tip of your fingers. If you are interested in something, you don’t have to wait for updates to be released on paper – you just have to look it up online. These days even without television, people can access news reports through websites and video sharing platforms. Social media platforms are often a source of news as well, including fake news.

It’s not just the news either. Social media provides access to the lives of friends, family, colleagues, and acquaintances. While some people prefer to keep a lot about their life private, there are also those who share everything from the toothpaste on their toothbrushes when they brush their teeth in the morning to the cup of coffee they had and the type of face mask they used before falling asleep. These days, there are a lot of people whom we can refer to as ‘over sharers’. These over-sharers share every aspect of their life on social media and you might not be aware that you are doing it too. It’s definitely something worth assessing yourself about.

A lot of times, a spouse undergoing a divorce would share some juicy information to his or her lawyer. However, when evaluated, it would be nothing but information and can’t be used as evidence. Then comes social media. It offers the type of evidence that attorneys love. Most of the social media platforms and applications provide intricate details when it comes to date and location. If you are looking for evidence, you can find some on social media pages. It can include the exact date and time an event took place and there can be photos and information about the people involved too.

Social media can be a really fertile ground to find evidence, especially for child custody cases. Social media posts can be used to prove in court that the other parent is not being responsible enough. Your late-night posts of yourself getting wasted and partying can be used by your spouse to reiterate that you are not doing what you are supposed to do for your child. This can be used to limit your visitation rights and flip primary conservatorship orders. In some cases, parents posting photos of guns, drugs and other unsafe items on social media cost them their visitation rights. The judge will always try to make a decision that is according to your child’s best interests so if your posts suggest that you have the potential to provide a harmful environment for the child, it can limit your parental rights severely.

Evidence and Grounds for Divorce

While a divorce in Texas can be finalized without any grounds, a divorce with certain grounds can have the potential to harm you or help you. For instance, it can impact how your community property would be divided by the court. If you are trying to prove that your spouse cheated on you, social media can be a source of evidence. Social media posts can reveal his or her romantic relationship with the third party.

Social media posts can also be used to prove certain points regarding your income. For instance, if you have requested to decrease the child support amount that you have to pay but on social media, you are seen splurging on luxury goods or buying a new sports car, this will significantly lower the chances of your request being granted.