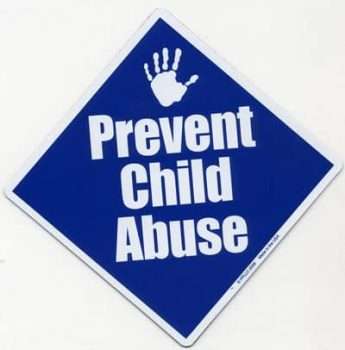 Child abuse is something that affects more children than most are aware of, and it is up to everyone to help protect children from these situations. Beyond that, it is an obligation under the law to report children who you suspect are being abused. One of the primary issues that people have, though, is being unaware of signs that children around them may be being abused.

Here are some common signs that a child may be being abused:

Unexplained injuries. Visible signs of physical abuse may include unexplained burns or bruises in the shape of objects. You may also hear unconvincing explanations of a child’s injuries.

Returning to earlier behaviors. Abused children may display behaviors shown at earlier ages, such as thumb-sucking, bed-wetting, fear of the dark or strangers. For some children, even loss of acquired language or memory problems may be an issue.

Fear of going home. Abused children may express apprehension or anxiety about leaving school or about going places with the person who is abusing them.

Changes in eating. The stress, fear and anxiety caused by abuse can lead to changes in a child’s eating behaviors, which may result in weight gain or weight loss.

Changes in sleeping. Abused children may have frequent nightmares or have difficulty falling asleep, and as a result may appear tired or fatigued.

Changes in school performance and attendance. Abused children may have difficulty concentrating in school or have excessive absences, sometimes due to adults trying to hide the child’s injuries from authorities.

Lack of personal care or hygiene. Abused and neglected children may appear uncared for. They may present as consistently dirty and have severe body odor, or they may lack sufficient clothing for the weather.

Risk-taking behaviors. Young people who are being abused may engage in high-risk activities such as using drugs or alcohol or carrying a weapon.

Inappropriate sexual behaviors. Children who have been sexually abused may exhibit overly sexualized behavior or use explicit sexual language.

What you can do if a child outcries:

Keep in mind this list is by no means comprehensive, but hopefully it can serve as a good starting point for anyone who is concerned. If you do believe that abuse is taking place, immediately call the Texas CPS hotline at: 1-800-252-5400

One thought on “Tips for Recognizing Child Abuse”