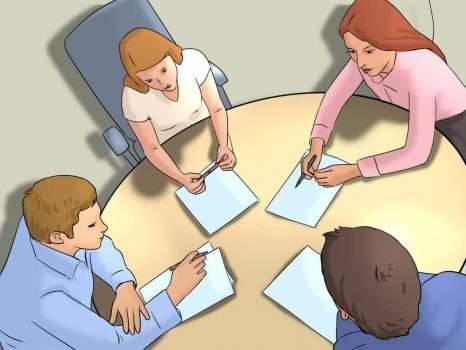 Divorce is difficult, but not all divorces are created equally.  Here in Austin and Greater Metro Area, more and more people are choosing to resolve their family law issues via the collaborative process.  Collaborative divorce is a method of dispute resolution where the spouses agree from the beginning that they are each going to retain attorneys who will work as settlement specialists and who will not engage in court battles.

Here are the top 5 reasons any Texas couple considering a split should choose collaborative divorce:

Rather than have their dirty laundry aired in a public courthouse, spouses going through a collaborative divorce resolve all issues through privileged and confidential discussions in a private conference room.

This can be especially important for business-owners, professionals, and high-profile Florida residents who are concerned about the public release of either financial details or embarrassing personal shortcomings.

By its very nature, divorces that go through the court system are adversarial.  They pit husband versus wife, mother versus father, as each side tries to prove to a judge that he or she is a better parent or deserves more money.  In contrast, collaborative divorce is a team-based method of conflict resolution, where attorneys help the spouses attack the problem rather than attack one another.  The attorneys help foster an atmosphere of respect and dignity within discussions.

Parents and their children (whether minor or adult) are the ones who benefit the most from this aspect of collaborative divorce, as though the marriage is ending, the relationship as co-parents will continue.

Ninety percent or more of all divorce cases end up settling, whether before filing a petition for dissolution of their marriage or after the parties have spent hundreds of thousands of dollars and many years going through trial but right before a judge hands down a decision.  And even though the vast majority of divorces settle, the vast majority of the cost is associated with preparing for trial, conducting opposition research, engaging in depositions and other discovery techniques, and preparing for and attending hearing after hearing before a final trial.

The efficiency and cost savings created by the sole focus on out-of-court dispute resolution is cited by many middle class families as the reason they choose collaborative divorce.

The neutral facilitator helps clients cut through the clutter of emotionally-charged issues and focus on what is most important to them (such as their children) rather than focus on rigid positions.  The neutral financial professional can help enlarge the pie (by, for example, figuring out the most tax advantageous options for the clients) and help ensure there is financial transparency in discussions.

The interdisciplinary nature of collaborative practice is most important for those going through an emotionally-charged divorce or those concerned about the financial aspects of a divorce agreement.

When a judge makes a ruling, he or she is bound to rule within certain parameters of the law.  In collaborative divorce, on the other hand, the parties may agree to virtually anything so long as it does not violate the public policy of Florida.

Spouses who want a pet custody schedule or a parenting plan that includes grandparent visitation – end results that a judge simply could not order – and anyone who wants a family-tailored result rather than a court-imposed rigid fiat are best served by the creativity of collaborative divorce.