Home » Divorce » What to Expect in Texas Divorce Court 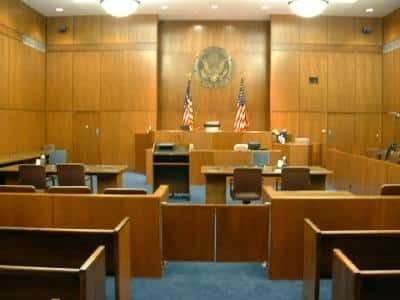 The things that you have to expect in family law courts in Texas could be one of the things you are concerned about. If you have just filed for divorce or recently started a child custody case, you would surely have a lot of questions about how things go in the family courts in Texas. Especially if you have never been to a court before, this can be a source of worry.
First of all, you need to understand that in most family law issues, you don’t really have to go to court. There are options available to settle things outside the court legally. However, if the alternatives won’t work for you, you will have no choice but to bring your case to one of the family law courts in Texas. There, you can let the judge settle things.

What Happens inside the Family Law Courts in Texas

Family law courts in Texas, as the name suggests, take care of issues that revolve around families. Examples of these issues include divorce cases, child custody, child support, paternity determination, spousal support, annulment, termination of parental rights, adoption, and many others. Judges are placed in their positions in the family law courts of Texas in order to make decisions for the families when they can’t do it themselves. Once you file a family lawsuit, it will be assigned to a family law court in your county.

People You Will Meet in the Family Courts in Texas

For large counties in the state of Texas, there is a presiding judge who is elected to serve in certain courts. The presiding judge chooses an associate judge to serve with him or her. These appointed judges are not elected but they have the same power to make rulings on cases and they also handle similar cases. The presiding judge calls the docket for the court and assigns the cases to the associate judges.
There are also other personnel who are present in the courtroom besides the judge. You can expect to see court coordinators, clerks, bailiffs and court reporters. They all have roles to play in the courtroom. Bailiffs are the law enforcement officers who ensure the order and safety in the courtroom. The ones who schedule hearings and other administrative matters are the court coordinators. The court reporter is the one who transcribes every word that is said in the courtroom once the judge puts everyone on the record. This recording is done to ensure accurate records of what occurred during the trial. This is also particularly useful for appellate courts if one party involved in the case decides to appeal the decision of the judge later on.

What To Expect in Court

Family Law Courts in Texas can vary in many ways, depending on the location where you’re at. For some counties, you will be in a small, but well-equipped courthouse. Typically for relatively small courts, there will be one judge and a short docket. For larger counties, the courthouse tends to be larger too. For instance, in Harris, the civil courthouse has seventeen stories, which includes the family law courts. The law is the same all over Texas but the courtrooms and courthouses differ. Some are larger while some are smaller. Some of these family law courts have just enough basic equipment for the judge and court personnel to use, while some have more advanced technology.
Most of the courts with more advanced technology can be found in bigger counties. The size of the county where you’re at can tell a lot about the courtroom where you will have the hearing for your family law case. Physically, the court will have a bench for the judge right in front of the room. There will also be benches for the court reporter and the clerk, on each side of the judge’s bench. You can also find a jury booth, and it will likely be on one side of the courtroom. The seats available have a pew-like appearance, and these are arranged in rows, similar to that in churches. There will be a fence in the middle of the room between the rows of seats and the area where the judge’s bench is. Only attorneys are allowed to cross this ‘fence’.
If you are especially anxious about your appearance in court, you can ask your attorney for more assistance. He or she can advice you on certain proceedings that you should expect. Your attorney can also tell you how to act in court and how to answer questions thrown at you during the hearing.