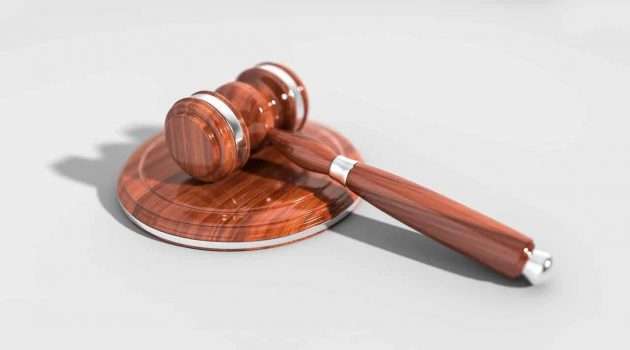 The decision A divorce isn’t a process that a lot of people know much about before they begin and there tend to be a lot of questions.  The first step of a divorce is to file for divorce, or rather to petition the court for a divorce.  I will go into that briefly before answering one of the biggest questions, where do I file for divorce?  You  can  find more information about it elsewhere  on our blog as well.

Filing for divorce is the process during which you submit paperwork to the court stating that you are seeking a divorce.  This is called the Original Petition For Divorce.  Essentially this states the reasons for which you are filing for divorce and what you are asking the court to do.  Texas offers several different types of divorce and you can read about those on our blog.

At this stage, you can also request a temporary hearing to determine various issues that need to be decided while the divorce is pending as well as a temporary restraining order in regards to the parties behavior during the case. Many counties include a number of these temporary injunctions as part of a “standing order” that governs the behavior of parties during the litigation, but other more specific orders can be added.

Like with many states, Texas has a requirement for residency in order to file for divorce here.  At least one party must have resided in Texas for at least 6 months before filing and in the county you intend on filing the divorce for at least 90 days.  This is a issue involving jurisdiction over the parties, and if its not met, the court would not have authority to proceed.

Its not enough to simply let the court know that you want to get divorced, you must also let the other person know as well.  There is a formal process for this known as service of process.  In Texas you can serve someone with the divorce paperwork with the following methods:

If both parties are agreeing to the divorce, the party who would have to be served, known as the “respondent”,  can sign a waiver of service which allows the court to proceed without formal service. The important thing about service of process is that it cannot be done by an “interested party” which basically means anyone even remotely connected to the lawsuit. It has to be done by a neutral entity, and there are various procedures that need to be followed as well.

Private process servers are used in cases when the divorce isn’t quite amicable or there was no violence as a cause for the divorce.  Should there be a threat of violence or another issue, a sheriff’s deputy or constable will serve the paperwork.

Service by publication is used for those who are unable to contact their spouse.  Instead of directly delivering a notice and copy of the paperwork to a party, it is published in the newspaper.  Posting the required paperwork can be costly but at the same time it is quicker than searching for the other party potentially for years. This mechanism of service can only be used by order of the court and only after a showing that other means of locating and serving the respondent have been exhausted.

Where To File For Divorce?

To file for a divorce in Texas, you or the other party must have been a Texas resident for at least 6 months before filing.  You or your spouse will also need to reside in the county that you intend to file the divorce for at least 90 days prior to filing. These requirements are set so that the court hearing the case actually has jurisdiction, or authority, to make decisions in the case. If these aren’t met, the court won’t be able to proceed and you will have to start the process over again.

What Does Your Spouse Do After You File?

After you have filed for divorce, your spouse has until the first Monday that occurs after 20 calendar days from the date that they are served with the lawsuit to file an answer.  This is known as the “Answer Date” and its an important deadline to be aware of for both parties.  Your spouse can also choose to sign a waiver of service in the event that the divorce is agreed. If this period passes and your spouse has not filed an answer, they run the risk of a default judgment being taken against them, so its vital to avoid putting things off for too long. After this timeframe passes, the “middle” of the case starts, which includes discovery, temporary hearings, motions, and is where the bulk of the time of the case is spent.

Discovery is a word that many people have heard on television, but rarely have knowledge about what it means.  It refers to the process during which both parties seek out information to help their side in the divorce.  The area is extremely complex in general, and its better served as a seperate post. For the time being, the main thing to be aware of is that if you are served with discovery and you don’t know what you are doing, its essential to get the assistance of an attorney as soon as possible. There are numerous important deadlines that can have significant ramifications for your case, up to and including dismissal.

During mediation, a third party will work as a go-between with the goal of facilitating final decisions on the distribution of assets and on custody of any children that can be agreed on by both parties.  The mediator works to keep the divorce civil if possible, but with the understanding that if an agreement is not reached, the option of proceeding with litigation remains available.  If a decision is reached with the mediator and is agreed upon by both sides, the decision will typically be accepted by the court and you should assume that its just as binding as a court order, though it differs a bit.

The Final Divorce Decree, or Final Decree Of Divorce, is the last step in the process. The decision needs to be finalized, either through mediation or by a judge at trial. Then,  an attorney will write up a final divorce decree for the judge to sign.  Both parties usually sign it as well, sometimes to indicate their agreement with the terms, and sometimes to simply indicate their agreement that its an accurate representation of what the judge ordered regardless of whether they agree with it or not. Once signed, the decree becomes an order of the court, enforceable through a variety of means.

After the final divorce decree is signed, there is a timeframe to allow for an appeal. However, in most cases, that is the end of the entire process.